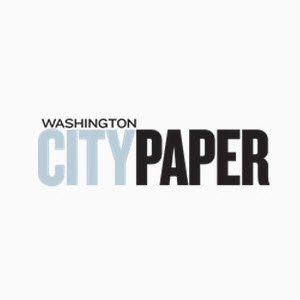 Bangkok Joe’s Won’t Shy Away From Spicy, Funky Flavors When It Returns on April 7 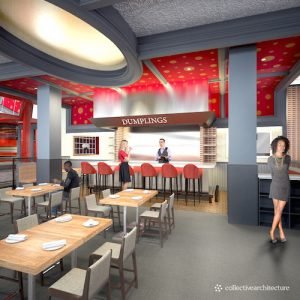 Bangkok Joe’s in Georgetown closed after 12 years in 2014 and rebranded as an Asian-French eatery called Mama Rouge. But after struggling to find success, owners Aulie Bunyarataphan and Mel Oursinsiri are converting Mama Rouge back to Bangkok Joe’s on April 7.

“It turned out we upset a lot of people,” says chef Bunyarataphan. “It was a big mistake of changing to a new restaurant in the same location… I didn’t know [Bangkok Joe’s] had that much love until we closed it.”

Bunyarataphan says that Mama Rouge was too modern at a time when diners are craving traditional foods. So at the updated Bangkok Joe’s, she’s introducing several more traditional Thai dishes and not shying away from authentic spicy and pungent flavors.

For example, seafood pad ped—a stir-fry of mixed seafood, Thai eggplant, and other vegetables—had a relatively mild chili sauce on the original Bangkok Joe’s menu. This time around, it’s got three spicy symbols next to it. “We go all the way, just like what we eat at home,” Bunyarataphan says. “We use young peppercorns in it, lesser ginger… and the sauce is blended with 20 different Thai herbs. Very traditional.”

Twenty years ago, Bunyarataphan says the funkier flavors of Thai food were “not acceptable in a restaurant at all.” When she opened her first restaurant, T.H.A.I. in Shirlington, in 1995, she put Isaan sausage on the menu. But people were afraid to try it, so she removed it. At the new Bangkok Joe’s, however, it’s featured in two dishes: fried rice and a lettuce wrap.

Bunyarataphan also probably wouldn’t have used fermented crab in the past, but now she’s incorporating it into a Lao-style green papaya salad. “I see nowadays that people have become more adventurous with ingredients,” she says.

Also new to the menu: a small plates section, which includes snackier bites like radish “tater tots” and mini crab cakes with lemongrass mayo and green papaya slaw. The dumpling menu has also been expanded, and diners can watch the chefs prepare various shu mai and potstickers from a dedicated 10-seat “dumpling bar.”

The six-page food menu also includes a number of soups, salads, noodle bowls, rice bowls, and entrees. One dish from the original Bangkok Joe’s that won’t be changed is the panang curry. “We will always have this one,” Bunyarataphan says.

The bar menu has also been revamped, and Beverage Director Brad Macbeth is incorporating ingredients like Thai basil, lemongrass, and tamarind into the cocktails. Bunyarataphan was also able to get blue hibiscus, which she previously hadn’t been able to import, for one of the cocktails. Eventually, she wants incorporate the blue flower into dumpling dough as well.

As for the dining room itself, Bunyarataphan says the changes are mostly cosmetic. Red, the national color of Thailand, is dominant, with gold accents on the walls.

“I don’t want people to expect this is the old Bangkok Joe’s,” Bunyarataphan says. “But I think they will love it.”

#BANGKOKJOESISBACK ON THURSDAY, APRIL 7TH
What to Expect from the New Bangkok Joe’s

April 1, 2016 - 9:23 pm
Chef Aulie Goes Back to Her Thai culinary Roots With New Menu And Focus on Traditional Thai Ingredients and Flavors Washington,...